no tour without alpe d’Huez

The Tour de France in Oisans could be summed up as the climb to Alpe d’Huez, which is one of the most popular climbs in the Tour.

The Tour de France has never passed in the Oisans without climbing the Alpe d’Huez … but also the other cols of the Oisans such as the Col du Glandon, the col de la Croix de Fer, the Col du Galibier and more recently the col de Sarenne are regularly climbed by the peloton.

In 2013, on the occasion of the hundredth Tour de France, two new features will make the Alpe d’Huez stage unique: 2 climbs of Alpe d’Huez and for the first time a passage through the Col de Sarenne. Certain stage finishes have contributed to forging the myth of the Tour, through their spectacular character, their difficulty, their remarkable landscapes or their key role in the race for the general classification. L’Alpe d’Huez is one of them: between 1952 and 2002, the Tour passed 23 times in the resort, ranking it third among the most popular stopover towns during this period (behind Bordeaux and Pau). Its 21 bends, numbered in descending order by signposts, spread over 13.8 km with an average climbing percentage of 7.9%, even earned it to be on all the courses between 1976 to 1992, with the exception of 1980 and 1985.

It was a bit of a coincidence that the Tour de France returned to the Oisans and Alpe d’Huez: Grenoble had to withdraw for lack of funds. That year, the victory was for Zoetemelk, a Dutchman, which sparked euphoria among his compatriots in the Netherlands.

This was also the first year that the Tour has been televised, which greatly contributes to the worldwide enthusiasm.

The year of the first passage of the Tour on the Alpe d’Huez, which, unfortunately, is not engraved in the collective memory. Fausto Coppi was such a favorite and dominant that there was no sporting spectacle. He won the stage and the Tour that year.

The number of arrivals at the top of the Alpe d’Huez since 1952. For this discovery, Fausto Coppi won after a stage of 266 kilometers, starting from Lausanne.

The number of Dutch successes on the top of the Alpe d’Huez, which has earned it its nickname “Dutch mountain”. Joop Zoetemelk, Hennie Kuiper and Peter Winnen have won twice, Steven Rooks and Gert-Jan Theunisse once. Since 1989 no Dutch victory has marked the history of the Tour, but love at first sight had already struck the public who recolored the number 7 bend orange.

The number of spectators on the side of the roads. The Tour de France, which became one of the most publicized sporting events in the world at the start of the third millennium, with 15 million spectators gathered along its route and 3.5 billion cumulative viewers over the duration of the race, the route of the Tour has been modified every year since its creation in 1903.

The number of departures from Alpe d’Huez. Fictitious starts, the race being officially launched either in Bourg-d’Oisans or in the hamlet of Rochetaillée.

The year of an unprecedented stage: planning two climbs of Alpe d’Huez on the same stage marked the 100th edition of the Tour. This route was made possible by introducing a little new one: the Sarenne pass (downhill to create a loop).

The icing on the cake: this stage was won by a Frenchman, Christophe Riblon, rider of AG2R La Mondiale.

The record time for the ascent of the 21 bends of Alpe d’Huez in the Tour. It was established by Italian Marco Pantani when he won in 1997.

Every Tuesday morning in summer, a road or a col is reserved for cyclists! 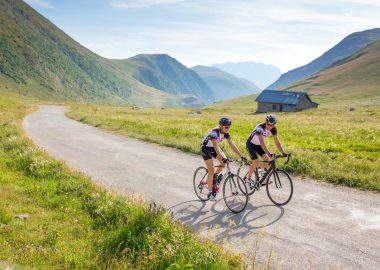 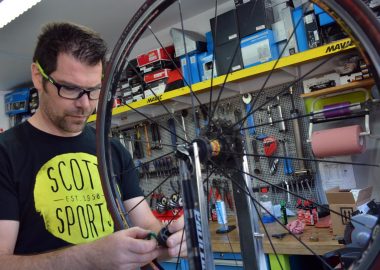 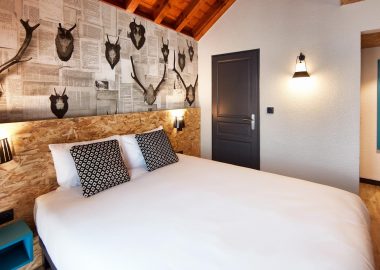 Accommodation for cyclists in Oisans